I think I wanted to have a dog all my life and soon it is going to happen! We decided to welcome a new family member, a Bernese Mountain Dog. Because of practical and financial reasons (and a waiting list..) our new baby will be entering his new home in the beginning of June.
Two weeks ago we met our baby for the first time. He was two weeks old back then and has 4 little brothers and 6 little sisters! We hugged them all because we are not allowed to chose OUR baby before he is six weeks old. I could have stayed all week between these puppies....soooooo sweet!
This was two weeks ago: 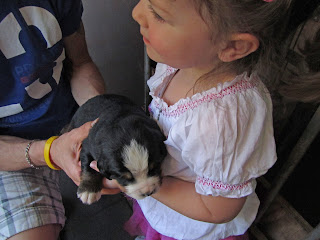 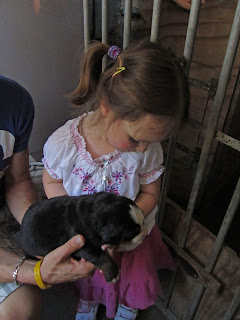 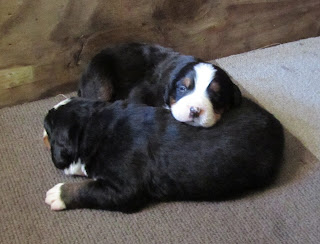 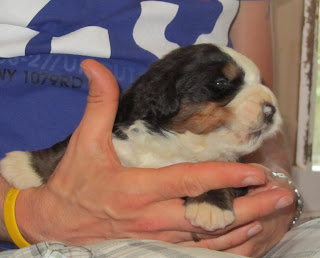 Unfortunately the rest of the pictures were too dark....
And we had another 'situation' that needed our attention immediately: Danique was so scared for the big dogs, walking around the garden, that the only thing she wanted was to go back in the car. She was really panicking and crying and didn't want to do another step forward. The owner of the dogs decided to put the dogs inside the house, so Danique could see the puppies first. Danique was hesitating but she did go to the puppies. After we insisted that she should sit between the puppies and hug them, she did. But we realized we had a problem now: it isn't a wise thing to take a dog in our house when we have a daughter who is afraid of dogs...By the way, we knew that she was afraid of dogs but that this fear was so deep...no, we really underestimated that! She has never had a traumatic experience with dogs. I think that she was afraid because she wasn't used to having dogs around and didn't know what to expect. We asked her several times before we even made the final decision if she wanted to have a dog too. She was really looking forward to the day we would see the puppies...only the big ones were much bigger than she had expected and she just wasn't prepared for that.
So we left with mixed feelings that day. Could it be that we were taking the wrong decision by having a dog? We couldn't risk to have the dog and bring it back later when Danique doesn't get used to the dog. That wouldn't be right for the dog, for Danique and for the rest of our family.
I decided to ask the local school for dogs here, tell them my problem and ask for advice. And the owner of the school did such a great job!!! She asked one of the trainers, who works a lot with kids too, to help us. This woman invited us to come to the school, made sure there were no dogs in the room where we sat and talked to Danique first. Than she brought in a big, dark German Shepherd Dog...after Danique had given her permission of course. Danique was just a second away from climbing in the curtains when she saw this dog. The dog was very sweet by the way. He was very impressive with his big black head but very calm and sooo sweet. Step by step the owner persuaded Danique to come closer and in about 15 minutes Danique was stroking the dog's back. Another 15 minutes Danique was walking outside with only the owner between her and the dog...and at the end the dog was sitting next to Danique and she wasn't afraid!
We did another training with Danique at this school last week. This time she met a Boerboel dog, like this one (even bigger!): The dog was really big, almost as big as a Shetland pony! He was very well trained and even a bit of a softy. His trainer told him to ly down and was feeding him treats while Danique narrowed the distance to the dog step by step. Within 5 minutes she stroked his back and another 5 minutes later she dared to feed him some treats, together with the trainer. I think she loathed the drooling of the dog more than that she was afraid of him!
We all were so proud of her. She really had overcome a lot of her fear.
Still, with mixed feelings we left to visit the puppies yesterday. How would Danique react now when she sees the big dogs? Would she still be afraid? This was the moment. This meeting would decide whether we would go on with this or cancel the whole 'dog thing'.
Well, the next pictures say it all:
This was yesterday: 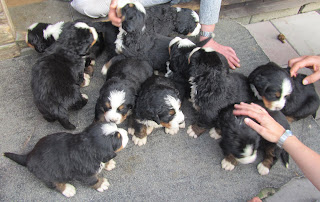 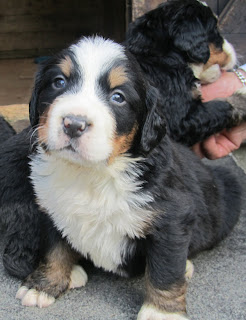 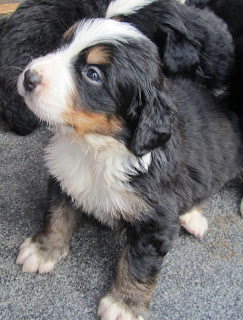 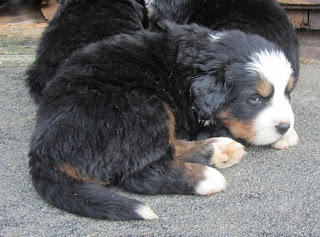 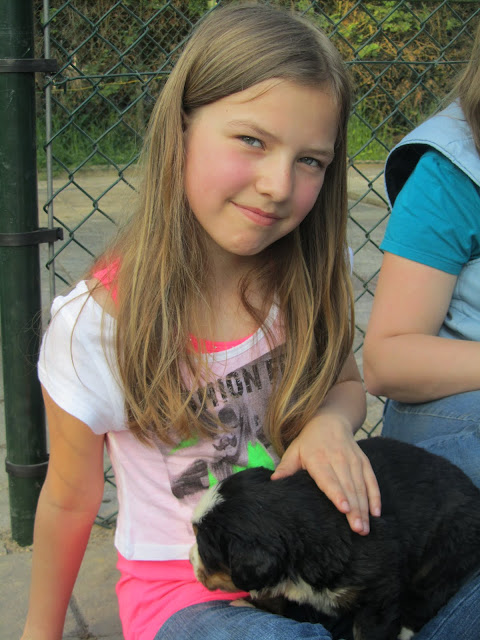 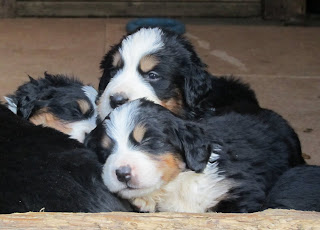 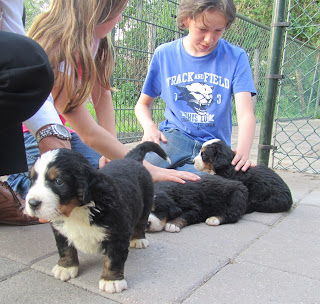 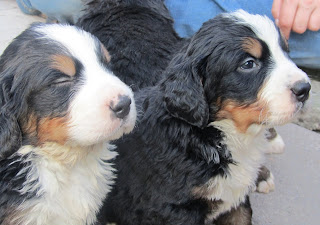 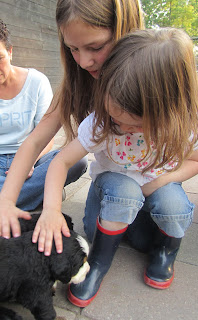 Danique showed no fear at all! She only hesitated a little bit when we entered the garden and saw a big dog coming towards her. Like she had learned she ignored the dog, stood still, allowed him to sniff her trousers and walked further. One minute later she met the mother of the puppies and almost immediately stroked the head of the dog! The dog was pushing his snout against her hand, asking for her attention and you know what she told me later the evening? "Mom, I wanted to wrap my arms around this dog and hug him!!!!"
She loved the puppies...we all did of course..and she even wanted to have one on her lap.
I think I couldn't be more proud of her!!!! She did great !!
In about two weeks were going to meet the puppies again and than it will be the moment that we can chose which one will be ours! I can't wait!!!
TFL!
Sandra
Gepost door Sandra op 10:12

TO VISIT MY OLD BLOG: